At about 08:00 on Friday 16 October the Warsaw fire brigade was called to a fire in an underground car park at ul. Górczewska 181. For two hours 90 firefighters with 22 vehicles fought the fire. They evacuated 150 residents but could not enter the car park for several more hours because temperatures were too high. Afterwards the building was declared unfit for occupation. There was considerable spalling of concrete in the car park, weakening the structure.

There was no sprinkler system in the building.

Car park fires can spread to consume many cars, causing great damage. Usually nobody is hurt because the fire takes several minutes to become dangerous, there are not many people in a car park and they are awake so have time to escape. However, by the time that firefighters have arrived and entered the car park the fire can have spread to a number of cars and become too powerful for the firefighters to reach it. For this reason in many countries the authorities require large underground car parks to be protected with sprinklers. Here are some photos showing the damage and how concrete spalling weakened the structure: 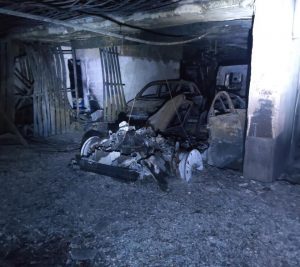 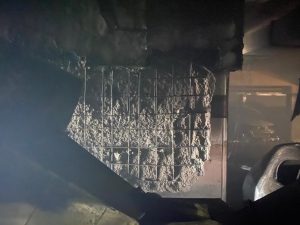 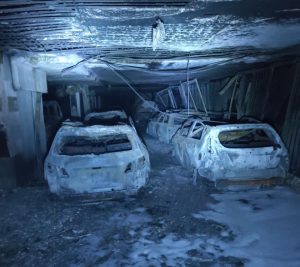 Care home fire in Seville kills one and injures 21

British Government clarifies its position on CE- and UKCA-marks